The Essence Of Thoughtcrime

The bigot nest that is Absolutezerounited put up an interesting post last week titled 'I Have Nothing To Hide'. I found it interesting on a couple of fronts. Firstly I found it interesting that they'd present as current information a Vigilant Antis post from May 2008... yes, a post that is two and a half years old!! The first half of the post was their usual boring character assassination of someone they see as a foe and, to be perfectly frank, I stopped reading after the first couple of sentences as it was the same drivel they regurgitate time and time again.
What did catch my attention was the following portion of their post:

In particular, the assertion that one could be prosecuted for merely stating they are in possession of illegal pornography even if they had never even actually seen an image of said pornography seemed too ludicrous to be true. Unbelievably, this is actually the case.
Before I go on, it is worth bringing a bit of accuracy to AZU's misinformation. In their post AZU employed one of their favourite logical fallacies: the straw man argument.

Note he didn't say that the grandparents would not run afoul of the law as it wouldn't apply to them in this situation but rather that they shouldn't be worried as a 'reasonable juror' wouldn't apply it to them. Too bad for them if Marina Hammond or her cronies were the jurors as we know just how 'reasonable' they are. No doubt if they were on the jury in such a case the poor grandparent would end up with 'sex offender' tattooed across his/her forehead.
As a final thought, I find it interesting that one can be gaoled in the USA for falsely claiming to possess kiddie porn yet one can falsely claim to be a sexually available child and it's completely legal. That is one seriously fucked up system!
Posted by Voice of Reason at 1:43 AM 2 comments:

And So It Continues... 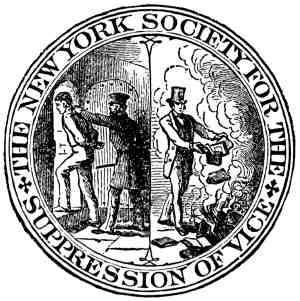 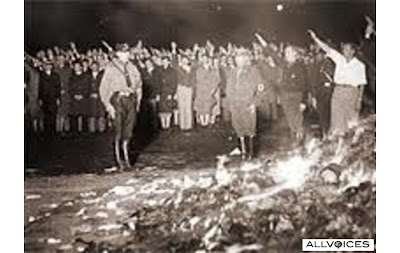 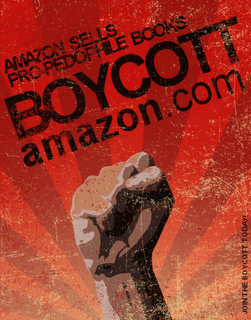 Attempting to censor the ideas and opinions found offensive by a group or individual is nothing new. A simple look back through history shows that time and again people have endeavoured to silence the voices of those they consider to have subversive or dangerous views. What is encouraging is that despite these constant attacks on our freedoms, enlightenment usually wins out.
Posted by Voice of Reason at 1:47 AM 4 comments: 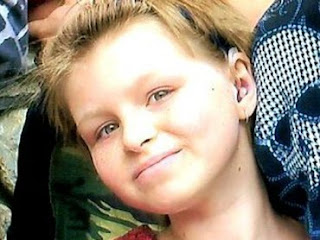 The terrible news came through this week confirming what we'd all be dreading.. that Zahra Baker is dead and likely murdered. This poor child coped with so much in her short life having battled a cancer that caused her to lose her leg and have to wear hearing aids. Regardless of such trials, she was reported by those who knew her to be a happy and outgoing girl. Her father dragged her to America two years ago even though she understandably wanted to stay in Australia and this ended up being the figurative signing of her death warrant. I truly hope those responsible for her death are brought to justice very soon.
Posted by Voice of Reason at 1:26 AM 2 comments:

Who Is Clay Keys? 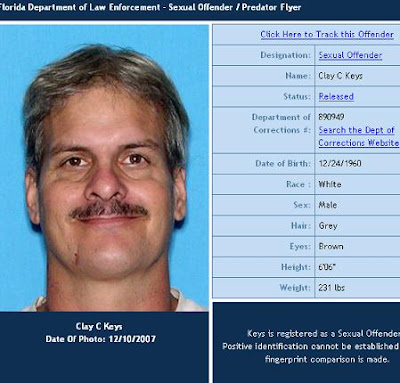 Who is Clay Keys? To his deeply ashamed family he's known by his real name: Clay Calhoun Keys. To others he's known as Tsand. To still more he's known by his blog name Roar4Truth. Little Robbie Taylor describes him as a "...child raping career criminal...". His former friend Derek Logue, a man who knows him better than most, describes him as a "monster". The Florida Department of Law Enforcement know him simply as # 890949.
Clay Keys is a criminal whose nefarious career spans decades. Any criminal activity is serious and should be dealt with as such but it's his sexual offending against children that is of special concern. In addition to his child molestation, Clay has also been charged over the years with stalking, assault, theft and threats of violence amongst others.
Clay Keys is a master chameleon which is best demonstrated by his relationship with the well known bigot hub at AbsoluteZeroUnited (AZU). Originally he was at odds with them and they regularly abused him through their posts and comments. They recognised him as a dangerous, unrepentant predator who targets the vulnerable in our communities and he did all possible to bait them and reinforce their impression. He then had a falling out with his mate Derek Logue and flipped his stance entirely. Suddenly it served his purposes to use AZU as a mouthpiece to attack Mr Logue so he began saying things they like to hear. It was astonishing how quickly they embraced him into their community to the point where he is now the most regular commentator on their blog and an integral part of their setup.
Clay Keys is a hypocrite. He recently posted a lengthy diatribe about Facebook and how they'd become a 'haven for sex predators'. The main thrust of his post was to whine that the website of his former chum Derek Logue is linked to from Facebook. Yet, when I challenged him about why he had his own Facebook profile he didn't have the courage to post my comment.
Clay Keys is a coward. He openly confesses that he's not a paedosexual and, in fact, encourages bigotry against those who are. This makes it obvious he didn't molest his victims out of any particular sexual desire but solely because they were weak and unable to fight back. Being sexually oriented towards children is no excuse for molestation which is always reprehensible but to target them because of their vulnerability as he did is the lowest type of child molester there is.
So who is the real Clay Keys? All evidence suggests he's an emotionally stunted, socially alienated misfit who poses a clear and present danger to his community. He's a convicted child molester who targeted his victims for their vulnerability. He uses people and groups to further his own petty vendettas. It's not often I agree with Little Robbie Taylor and his paranoid delusions of hidden communist agendas but I have to admit he was right on the money when he described Keys as "...a bad person who takes pleasure in the pain and misery he causes others."
In a word, he is scum.