The Problem With Vigilantes Pt 4 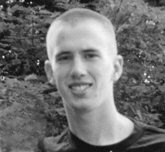 Warning: Details in this case may disturb some readers

Here's the scene: a group of 13yo girls are out getting drunk in a park when a man comes and talks to them. They go back to his house with him and eventually leave after more drinking. One of them claims the man attempted to rape her and so a couple of men break into his house in the middle of the night and beat him to a pulp with a baseball bat. The man, Cory Headen, dies of his injuries.

So, you're probably asking, why wasn't this reported on the AZU site with their usual support for the gutless vigilantes? The reason would be that, yet again, the vigilantes got it wrong. It transpires that the girl was lying about the attempted rape and because these animals took the law into their own hands, an innocent man is now dead. I find it interesting that the intellectual minnows at AZU are very quick to back vigilante criminals when they target someone who ends up being guilty but conveniently ignore the numerous occasions when the wrong person ends up on the end of vigilante injustice. That's because they're hypocrites.

My thoughts are with the family of the murdered man.
Posted by Voice of Reason at 4:01 AM No comments:

I noticed that AZU's 'tame' child sex offender has returned from his exile and is back to posting comments... but he still seems to be having some trouble backing up his claims against me. It's been over 200 days since I challenged him and he's still come up with nothing. So, in the spirit of helpfulness, I thought is may be beneficial to him if I give him a helping hand. Jeremy, just finish this sentence...

"I stated that Jack is a paedosexual and the evidence I have which proves it is....."

There you go Jeremy, it's not that hard is it? Surely you wouldn't go around accusing people without any evidence would you?

Of course, you could just come out and admit you were talking out of your arse and you actually have no evidence whatsoever. Yes, I understand it will be a tad humiliating for you but I'm sure it's nothing more than you've experienced after being caught out in the past.

Tick tock Jeremy.
Posted by Voice of Reason at 6:01 AM 2 comments: 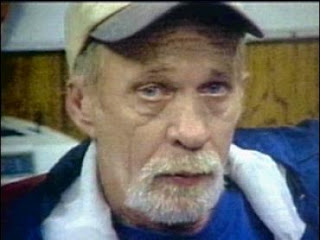 John Couey passed away of natural causes on Wednesday morning and I, for one, won't be shedding a tear. For those not in the know, John Couey was a sick, disgusting human being who kidnapped a beautiful young girl by the name of Jessica Lunsford. He then raped her before burying her alive. If there were such a thing as evil, I'm sure Mr Couey would be a perfect example of it.

Jessica's life was short but had its share of hardships. Her parents separated when she was just one year old and her father lived at home with his parents. Her brother is a convicted child rapist although, fortunately, this conviction occurred after her death. His exploitation of her memory during his trial caused considerable outrage at the time. Despite these hardships, Jessica was apparently a lovely girl who was well liked and polite. For any person to die in the circumstances she did is unforgivable.

I hope the death of Mr Couey will bring some sort of closure to those who knew and loved Jessica. It's a shame there's no such place as Hell as some people really do deserve some extra punishment.
Posted by Voice of Reason at 6:37 AM No comments: