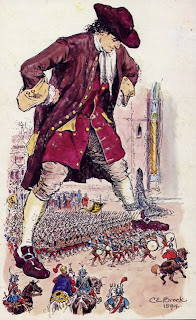 I read with extreme disdain the attack on Ben Radford by the intellectual midgets at AZU. For those who have been living under a rock, Ben is the editor of The Skeptical Enquirer and a well respected member of the skeptical community. He has a degree in Psychology and a great many publications to his name. Basically, in intellectual terms, he is as Gulliver to the Lilliputians of AZU. So, for someone as terminally dim as SC to describe him as a "...shallow thinking fool..." is simply outrageous.

SC should get down on her well worn knees, beg his forgiveness and plead to be allowed to sit at his feet and learn what it is to use reason and logic. She should beg him to show her how to reach for the stars rather than continuing to wallow in the muck. For so long she has surrounded herself with sycophants and retards that her own ego has exploded out of control. She seems to have convinced herself by avoiding answering direct questions through a combination of ad homenim attacks and censorship of comments that she's smart. She's not. Not even a little bit.
Posted by Voice of Reason at 7:51 AM 1 comment:

I came across press reports of this study a couple of weeks ago and thought it sounded interesting. I won't say too much about it as it's pretty self-explanatory but I'll just post the conclusion summary and the link to the study:

As is often quoted on the Vigilant Antis site, Sarah Tofte pointed out that at least 75% of convicted sex offenders don't reoffend again within at least 15 years. This new study has now found evidence that the viewing of child pornography doesn't lead non-abusers to start sexually abusing children.

Of course I'd never advocate any illegal activity and I'm certainly not advocating the collecting of child pornography. What I am saying is that this study clearly repudiates the unsubstantiated opinions of the posters on some other blogs. As someone who is always open to the evidence, I'll be interested to see if they can produce any academic studies that support their position or if they'll just launch into another series of vacuous ad hominem attacks.
Posted by Voice of Reason at 6:22 AM No comments: 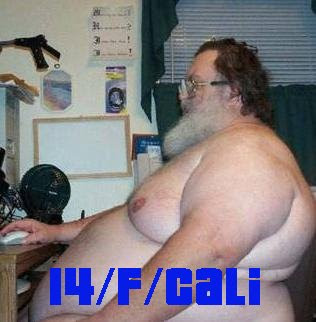