Oh dear. I always knew Clay Keys was a snake-in-the-grass but this is a new low even for him. For some time now he's been posting comments on the AZU blog under Derek Logue's name. I'm not sure exactly what he's trying to achieve by doing so as he's not fooling anyone but his pathetic behaviour was amusing and continues to make him look like a fool. However, it's one thing to imitate a grown man who is more than capable of defending himself and a completely different thing entirely to imitate and exploit an abused child in order to score cheap points in his ongoing vendetta. I'm still waiting to see his good friends Marina Hammond, Julia Kanago and Little Robbie Taylor chastise him for his despicable behaviour. Knowing their history of appalling double standards I've a feeling I'll be waiting for a long time.
Posted by Voice of Reason at 9:18 PM 6 comments:

Of Crime And Reason 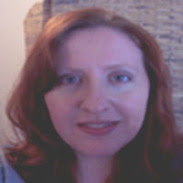 This is Trish Deneen. She claims to be a victim of child sexual abuse. If this is true, she has my sympathy. I've been strident on this blog in my opposition to children being subject to any type of abuse and Trish is no exception. She is also a member of Dopey-Fae's PACA group and recently linked to a proposal for the statute of limitations in Michigan to be extended for victims of childhood sexual abuse to 30 years. This is something I have absolutely no problem with. If someone has committed such a heinous crime against a child they should be held to account, regardless of how much time has lapsed. Obviously the reality that they are quite likely to be a very different person to what they were 30 years prior is a valid point but there should still be accountability for past crimes. Yes, I completely agree with Trish to this point; it's what she goes on to say that I am in total disagreement with:

So, just for emphasis, what she wants is for anyone to be able to label a person a child molester without a shred of proof and to still be safe from any sort of defamation lawsuit. That is beyond ludicrous; it is simply wrong. I appreciate she may be coming from a perspective where she was abused but can't prove it and so feels constrained by current laws. That is sad but her assertion that "...abusers have more protection from the law than survivors..." is not reality. There is protection for everyone under the law which provides the right to face one's accusers in court. If you want to publicly accuse someone of a heinous crime that will adversely affect the rest of his/her life, it is only reasonable to expect you to be able to back up your claim with evidence. I would ask Trish if she would think it fair for someone to state publicly that she molested him/her as a child without any evidence and for her to have no legal avenue to defend herself and her reputation? Hopefully Trish is an intelligent enough person to think through the consequences of her proposal and realise how unjust and open to abuse it is. These laws are in place for a very good reason and it would be a huge step backwards to remove the protections they afford everyone.
Link to the PACA post
Posted by Voice of Reason at 7:37 PM No comments: